The Week 3 NFL coverage map has been released. CBS is sending its top crew (Jim Nantz and Tony Romo) to Indianapolis for the CBS Game of the Week. FOX gets the doubleheader of the NFL schedule this week with an afternoon matchup in Tampa that we hope you can see.

506 Sports features this week’s NFL TV and coverage card. The color codes and the games they correspond to are listed below. Offerings include FOX, CBS, and prime-time games on Amazon Prime, NBC, and ESPN. These cards are subject to change throughout the week. 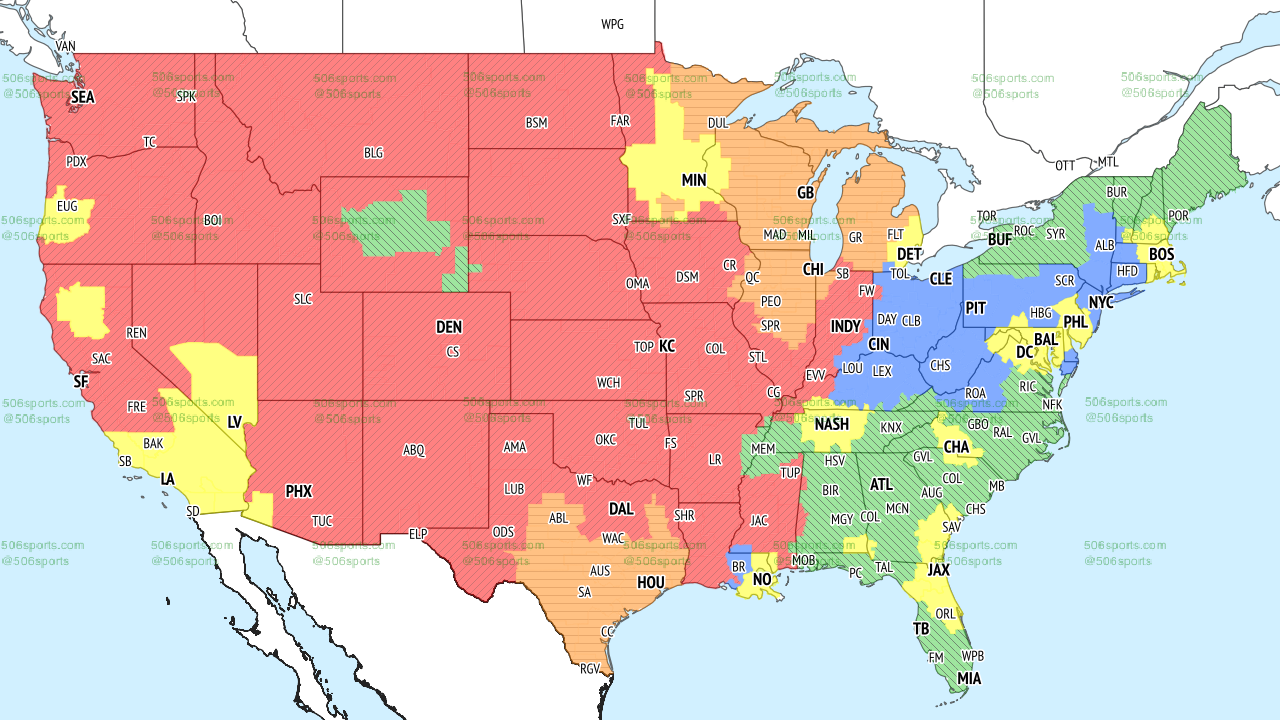 Watch the Bills take on the Dolphins this Sunday on your local CBS station or via the Paramount+ app wherever you see green. Both teams totaled 961 yards of offense and 10 passing touchdowns in their Week 2 wins. So expect fireworks and a bit of trash talk as the rivals vie for the AFC East bragging rights in preseason. 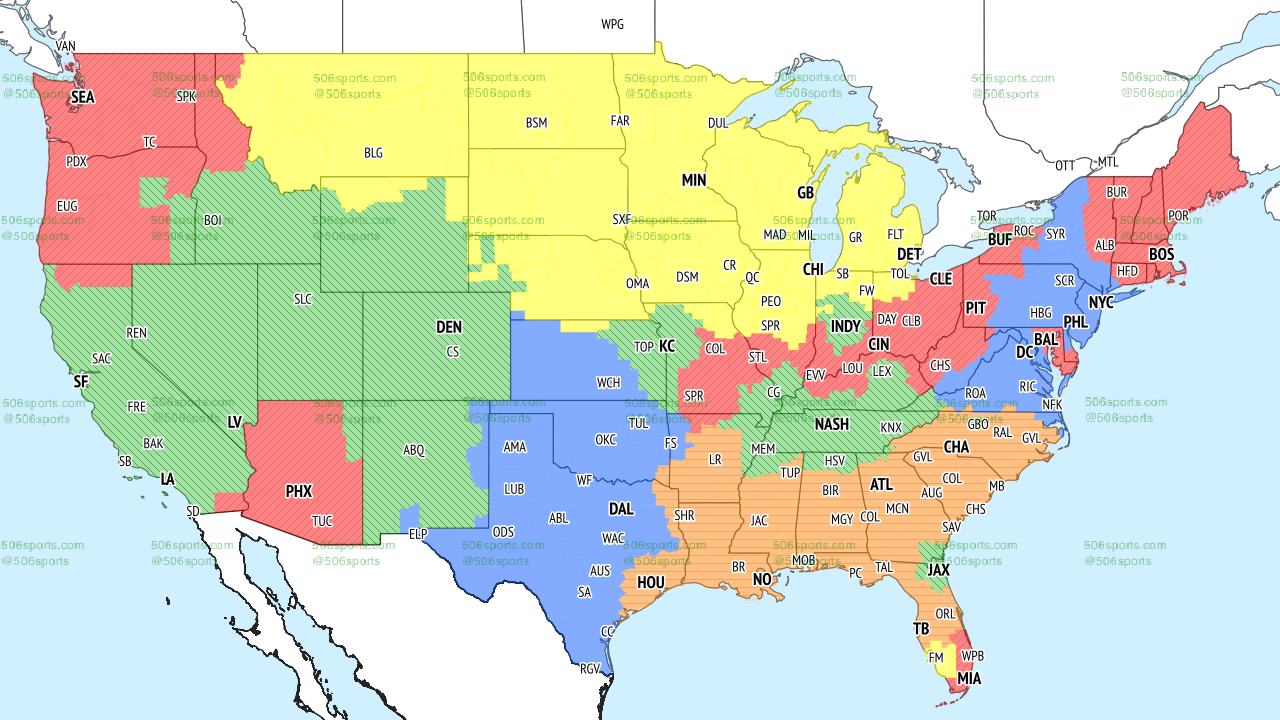 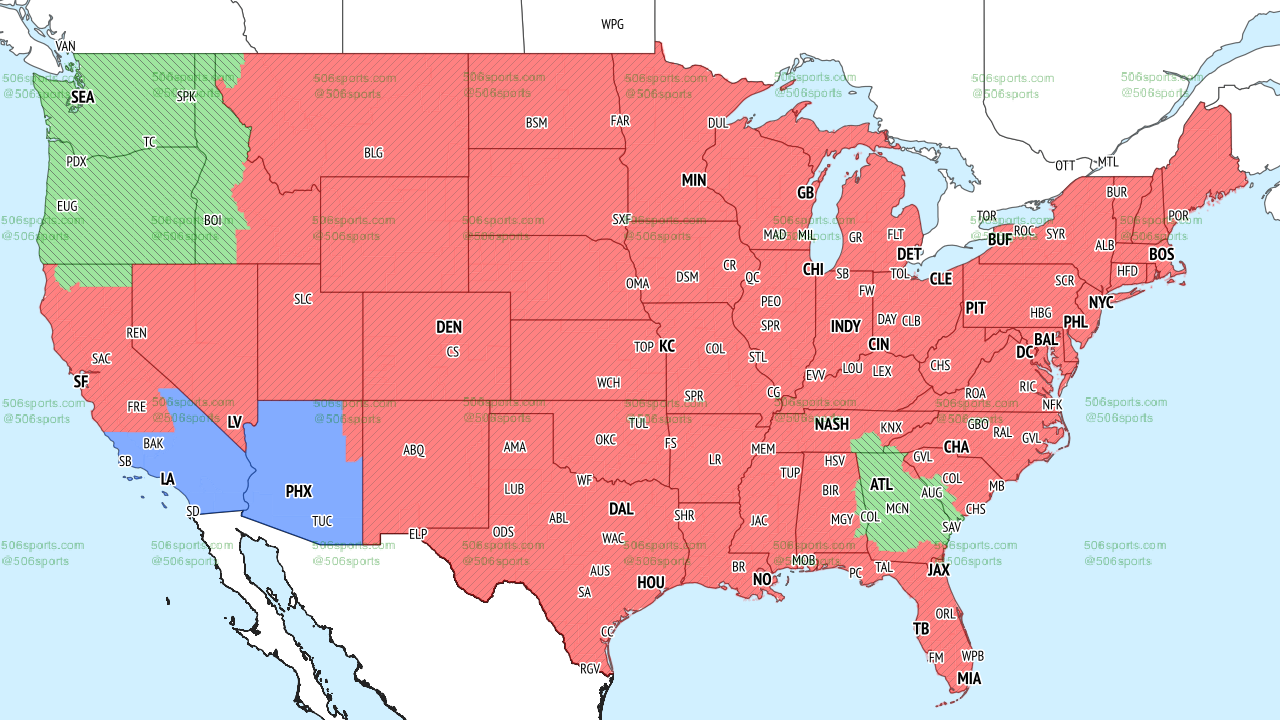 FOX gets the doubleheader in Week 3, which means most of us will see Aaron Rodgers and the Packers take on Tom Brady and the Buccaneers. The Packers faced Brady only once in a Tampa Bay uniform, losing to the Buccaneers in the 2021 NFC Championship game.

You need an Amazon Prime membership to watch the Steelers take on the Browns on Thursday night.

Tyler Olson is a Senior Data and Content Analyst at Pro Football Network. You can read Tyler’s other work here and follow him on Twitter @TOlsonPFN.