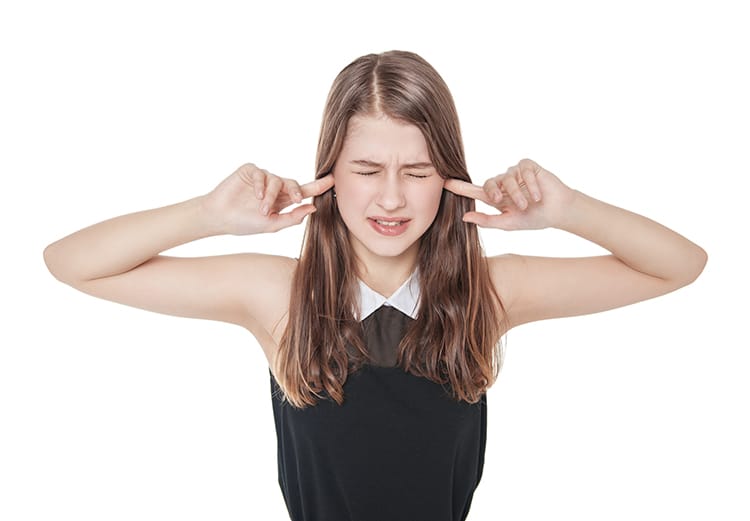 Ever felt like you have a constant ringing in one or both ears? This condition is known as ringing in ears, and it can be tremendously frustrating. Now there’s a quick internet trick that claims to stop the irritating noise spreading rapidly. It might be the relief sufferers have been looking for, but the jury’s out on whether it actually works. Reddit and Twitter in particular have been raving about this simple remedy lately.

So what exactly is the lifehack to get rid of those annoying noises? According to the original Reddit post, the solution is to cup your palms over your ears and “tap your fingers on the soft spot at the back of your head.” This should sound like your head is the inside of a drum. Do this for 15-30 seconds and your tinnitus should go away, at least for a while.

Many people are skeptical, saying the trick seems too simple to solve something that many people have suffered from for years. One person on Twitter claimed to have had tinnitus since 1996; he heard six to eight different noises throughout the day. He tried the solution on the tour, and suddenly he was free of the constant noise.

Although it looks like an internet hack, this “cure” is actually a version of an article by Dr. Jan Strydom on how to stop ringing in your ears. “It should always be understood that we are all different, so it is impossible to propose a single form of treatment that works in every case and for every person,” notes Dr. Strydom clear. However, he adds that the technique he describes has often been found effective in many cases of tinnitus. Strydom’s instructions (like the web version of the technique) begin by saying to place your palms over your ears, with your fingers on the back of your head. But then his version deviated from the more convoluted version currently circulating. “The middle fingers point towards each other and are located at the base of the skull just above the point where the skull ends,” writes Strydom. “Now raise your index fingers and place them on top of your middle fingers and then break your index fingers off your middle fingers so they hit the skull like a drum. If you cover your ears with your hands, the noise can actually be quite loud and actually sound like a drum beating.”

While this trick seems to work for many, it’s important to note that any strange hissing, buzzing, clicking, throbbing, or hissing noise should be checked out by a doctor first, preferably in person, before attempting any technique for tinnitus on the internet or elsewhere . There are many different ways that tinnitus can occur, and also many different reasons for experiencing this constant, internal noise in your ears. Because tinnitus is most commonly associated with hearing loss, for many people, wearing a hearing aid is the first treatment option that sometimes solves the problem. But the condition can also be the result of a variety of other causes, such as: B. a side effect of medication, a neurological problem or a structural abnormality. Besides, it seems that researchers are also developing different types of cures. The University of Aukland is pleased with the latest results from a study using cellphone-based technology with a self-help app that generates white noise to stop tinnitus. According to the study, the group using the app showed significant improvement within 12 weeks.

Also Read :  How to face the new challenges in an ever-expanding – and risky – internet environment

But what is the basis for the solution that Strydom proposes? Sometimes, it seems, tinnitus can also be caused by tension in the jaw and neck. The treatment of muscle tension can also be a possible solution to the annoying accompanying noise in the ears. The explanation for why Strydom’s technique can relieve tinnitus in some cases is that the suboccipital muscles are often overworked or strained due to constant computer and technology use. Constantly flexing your neck to stay on top of things at work, your text messages, or your social media feeds takes its toll on the muscles that support your neck and spine, and this can lead to tension headaches and tinnitus. Tapping on the suboccipital muscles, as in Strydom’s technique, causes those muscles to relax and contract, relieving tension and hopefully tinnitus as well.

You can read the original post on Reddit and see what others have to say about this simple solution for tinnitus.

People on Twitter and Reddit are sharing a quick trick that some claim will cure tinnitus, a condition that manifests as a constant ringing or similar noise in the ears. 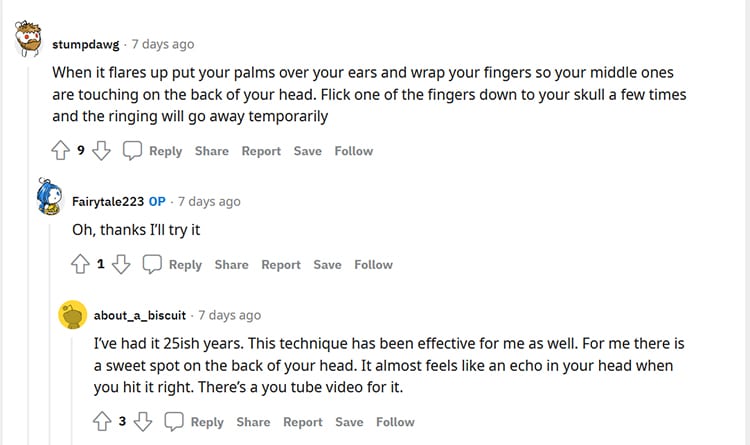