New Delhi [India]SEPTEMBER 22 (ANI): The National Cadet Corps (NCC) and the United Nations Environment Program (UNEP) signed a memorandum of understanding (MoU) on Thursday in the presence of Defense Minister Rajnath Singh in New Delhi to address the problem of plastic pollution Achieve the goal of clean waters through Puneet Sagar Abhiyan and the Tide Turners Plastic Challenge Program.
According to an official statement, the MoU was signed between DG NCC Lt-Gen Gurbirpal Singh and UN World Food Program resident representative Bihow Parajuli. 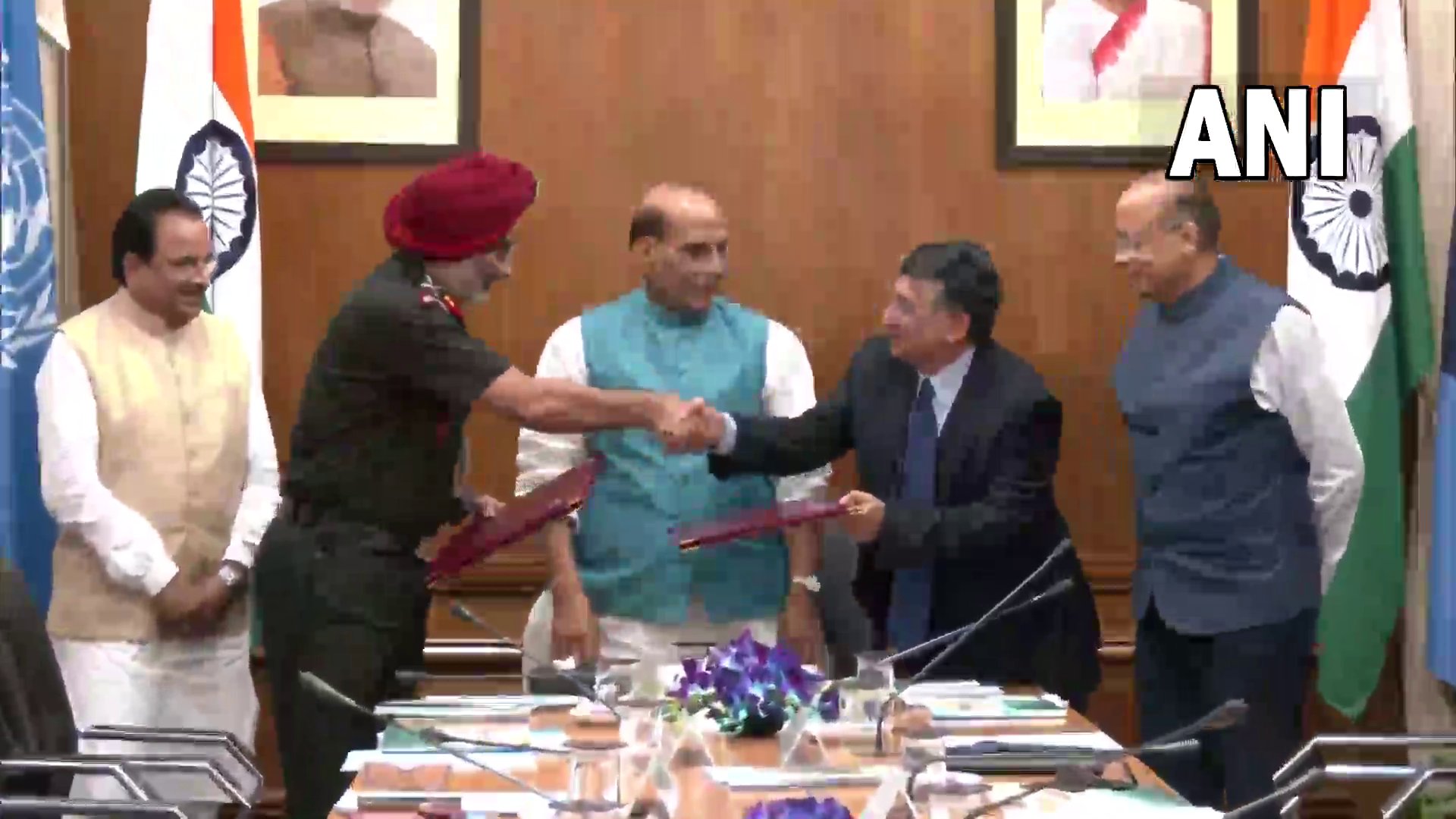 Union Minister Ajay Bhatt, Defense Minister Ajay Kumar and other senior ministry officials, as well as UNEP representatives, attended occasionally.
“NCC and UNEP today signed a Memorandum of Understanding to further advance Puneet Sagar Abhiyan. NCC launched the program in December 2021 with the motive of removing plastic and other waste materials from water bodies and eliminating the adverse effects of plastic pollution on our environment,” the Secretary of Defense told reporters. 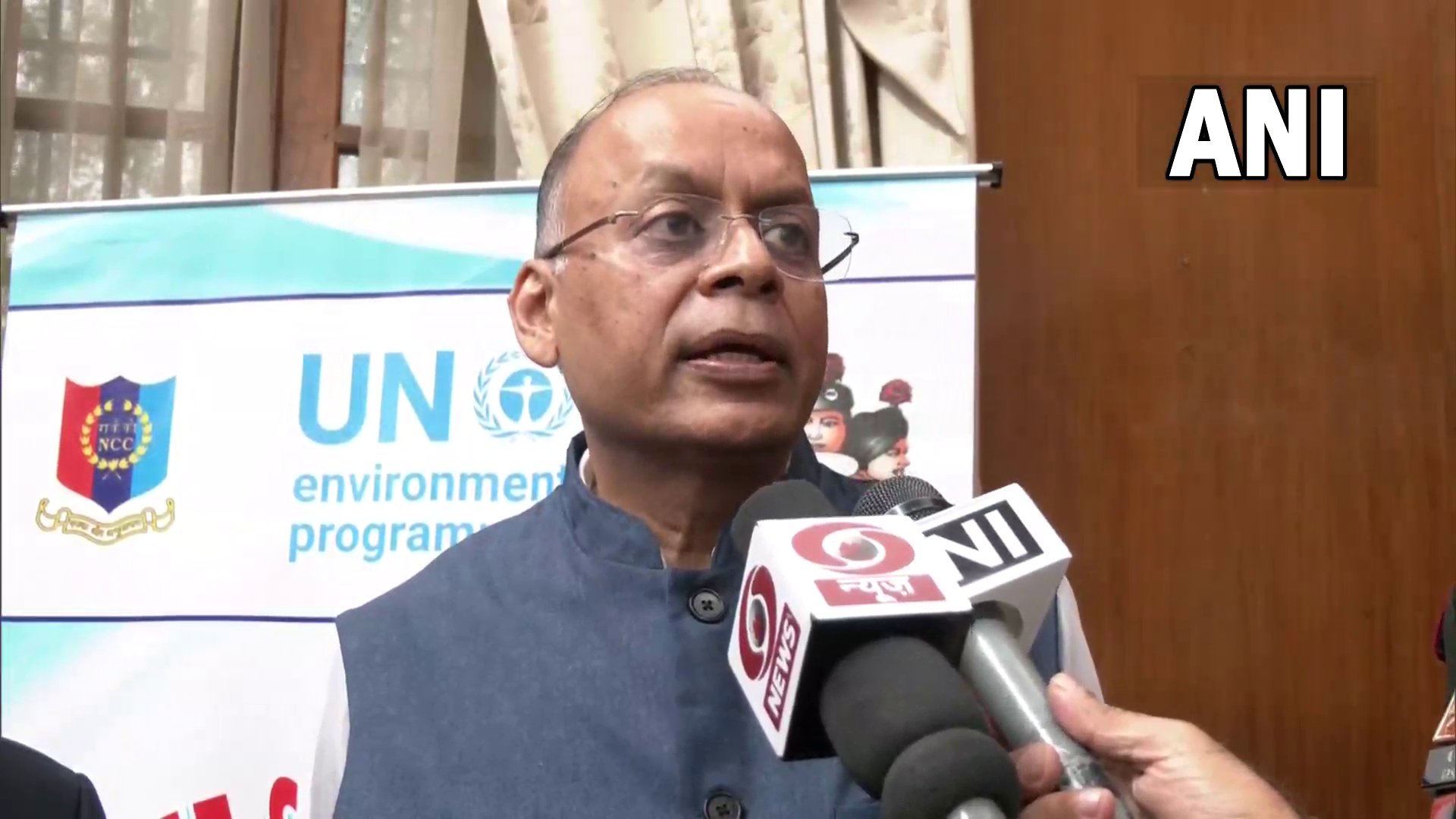 Speaking before the event, Ajay Kumar described “Puneet Sagar Abhiyan” as one of the noblest initiatives and commended NCC’s efforts to make the campaign a huge success.
He claimed in the statement that 1.5 million NCC cadets have the ability to influence the minds of youth around the world and exuded confidence that they will help grow the campaign into a mass movement.
Ajay Kumar thanked UNEP for NCC’s extended support for the campaign, stating that “it is our shared responsibility to protect the environment so that future generations can live long and healthy lives”.

The “Puneet Sagar Abhiyan” is among a series of initiatives taken by the government to realize Prime Minister Narendra Modi’s vision, which he announced during the 26th United Nations Climate Change Conference, COP26, in Glasgow, Scotland, as ” Panchamrit” means between October 31 to November 13, 2021.
The Prime Minister had unveiled five nectar elements as India’s unprecedented contribution to tackling climate change.
Elements include: India to increase its non-fossil energy capacity to 500 GW by 2030, India to meet 50 percent of its energy needs from renewable sources by 2030, India to reduce total projected carbon emissions by 1 billion tons from now until 2030, by 2030 will India will reduce the carbon intensity of its economy by more than 45 percent and by 2070 India will reach the Net Zero target.
In December last year, the NCC launched Puneet Sagar Abhiyan, a nationwide flagship campaign, initially for one month, to clean up plastic and other litter from seashores while raising awareness of the importance of cleanliness.
It was then extended to include rivers and other bodies of water as a year-round pan-Indian campaign.
The NCC, the world’s largest uniformed youth organization, mobilized its cadets to collect plastic and other waste materials. The campaign gained enormous momentum, acceptance and participation after its launch. Various ministries and organizations including Ministry of Environment, Forests and Climate Change, Ministry of Science and Technology, Indian Navy, Indian Coast Guard, Sainik School Society, Army Welfare Education Society, Border Roads Organization and National Highways Authority of India, have extended their support to the NCC in this noble cause.
Since the launch of Puneet Sagar Abhiyan, over 100 tons of plastic waste has been collected at nearly 1,900 locations by more than 12 lakh NCC cadets, alumni and volunteers, affecting 1.5 million people. Of the around 100 tons of plastic waste collected, more than 60 tons were handed over for recycling.
Due to growing support and the success of the campaign, UNEP, which participated in this initiative through its Tide Turner Challenge Programme, decided to work with the NCC to leverage the strengths of the youth organisation. The UN body has the mandate and knowledge base to address various issues related to the environment, including plastic pollution, and has a program to engage youth, the official statement said.
The aim of the MOU between NCC and UNEP is to create synergies and join efforts to engage youth in promoting clean water bodies. The aim is to promote capacity building and awareness of environmental sustainability through information sharing and training initiatives; Promote opportunities for NCC cadets to participate in appropriate national and international platforms related to environment and climate change, and to engage in and develop common initiatives of common intent related to environment and climate change. The MoU, which will remain in force for a period of three years, aims to consolidate, develop and flesh out their collaboration and effectiveness in achieving common environmental objectives. (ANI)

Also Read :  [INTERVIEW] Korea and Argentina can pair up on the environment, says Nicolini