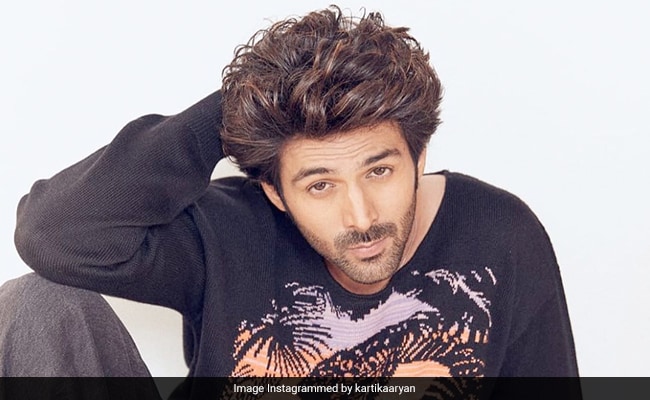 Kartik Aaryan has also been spotted eating instant noodles on the plane.

Actor Kartik Aaryan was recently spotted boarding an IndiGo economy class flight from Jodhpur to Mumbai. A video that went viral on social media showed this Bhool Bhulaiya 2 Actor warmly welcomed by surprised passengers on board. In the clip, he seemed comfortable in the aisle seat and kept showing everyone his smile while some of them took selfies with him.

Watch the video below:

In another clip, Mr Aaryan was also spotted eating instant noodles on the plane.

This is the first time I’ve seen a Bollywood actor eat instant noodles 😋😂😭@TheAaryanKartik No doubt why you are the darling of the crowds 😂😭🤝#KartikAaryanpic.twitter.com/AwAKhKS1n4

The videos win hearts on the internet. Social media users flooded the comments section, calling Kartik Aaryan “the most humble and down to earth” actor for the way he greeted all passengers on the flight.

Viral Video | “You must bow,” Princess Charlotte’s instruction to brother

One user wrote: “Sorry I’m in tears man. Just look at this video. You’ve gained so much fame this year, so much fame, but you always remain so humble, always so down to earth. SUPERSTAR KARTIK AARYAN ruling hearts of people of all ages.”

Also Read :  Internet Reacts to Video of Baby Being Passed to Dwayne Johnson Through a Crowd

Another said: “The humblest star in Bollywood proud to be among his people.” A third commented: “He wins hearts everyday with his gesture. Awesome,” while a fourth added, “He’s too humble…his simplicity attracts all ages.”

Also Read :  “Real Win of the Day”: Goatifi Floods the Internet as Nicholas Latifi Becomes the Unsung Hero of the Japanese GP

Meanwhile, this isn’t the first time Mr Aaryan has traveled from economy class. Earlier this year a film of him in which he was seen traveling in the same class had gone viral. When netizens asked him why he hadn’t traveled from business class, he jokingly said, “Tickets are too expensive.”

On the work front, Kartik Aaryan is next set to star in director Rohit Dhawan’s upcoming film Shehzada next to Kriti Sanon. The film is slated to hit theaters in February 2023.