Just ONE wine or beer a day can increase your risk of stroke by a FIFTH, research suggests

By Xantha Leatham Deputy Science Editor For the Daily Mail

Young adults who drink just one drink a day can increase their risk of stroke by a fifth, experts have warned.

People in their 20s and 30s who drink moderate to heavy amounts of alcohol may be more likely to suffer a stroke than those who drink little or no amounts, according to new research.

A team from Seoul National University analyzed records from a Korean national database for young adults who had four annual health examinations and were asked about their alcohol consumption.

Those who drank 105g or more of alcohol per week were considered moderate or heavy drinkers.

This is the equivalent of almost six pints of medium strength beer, eight small glasses of wine or about nine large shots of spirits – about one drink a day.

Also Read :  Feeling sick? How to know if you have COVID, RSV or the flu

Of the 1.5 million participants, a total of 3,153 had a stroke during the six-year study period. 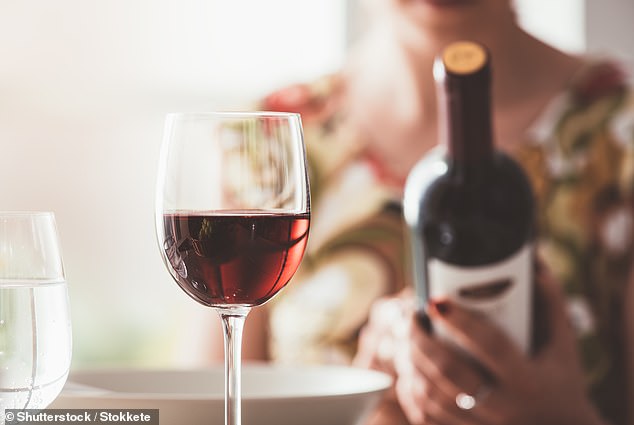 Young adults who drink just one drink a day can increase their risk of stroke by a fifth, experts have warned. People in their 20s and 30s who drink moderate to heavy amounts of alcohol may be more likely to suffer a stroke than those who drink little or no amounts, according to new research (stock image)

Alcoholic drinks labeled as low sugar are fooling women into thinking they are healthy, a study suggests.

Scientists from the University of Melbourne recruited more than 500 women to test their perception of products that claim to be low in sugar.

Half were shown images of pre-mixed drinks with a low sugar or similar claim and the other half viewed identical “normal” products.

They were then asked to rate the drinks from 1 to 7 on a series of questions about their general health.

Products with low sugar claims were rated as having significantly less sugar, less harmful to health and more suitable for weight management, although there was no evidence to support the claims.

Although participants were informed that all products were of equivalent alcohol content, those with low sugar claims were rated as significantly lower in alcohol, according to findings published in the journal Alcohol & Alcoholism.

The analysis showed that those who were moderate to heavy drinkers for two or more years were about 20 percent more likely to have a stroke than people who drank less or none at all.

As the number of years of moderate to heavy drinking increased, so did the risk of stroke.

The association was mainly due to an increased risk of hemorrhagic stroke – or stroke caused by bleeding in the brain.

These results were after the researchers took into account other factors that can affect the risk of stroke, such as high blood pressure, smoking and body mass index.

The UK charity Stroke reports that one in five people who have had a stroke are now under 55.

Also Read :  An apple a day really might keep the doctor away!

Since more than 90 percent of the burden of stroke can be attributed to potentially modifiable risk factors, including alcohol consumption, and since stroke in young adults severely affects both the individual and society by limiting their activities in their most productive years, reducing alcohol consumption should in young adults with heavy drinking habits should be emphasized as part of any stroke prevention strategy.’

Writing in the journal Neurology, the researchers said there are several possible mechanisms that could explain the link between alcohol and stroke.

Drinking a lot of alcohol can lead to hypertension – high blood pressure – which in turn can be a major risk factor for stroke.

Alcohol can also increase the chances of atrial fibrillation, which can cause an irregular heart rate and in turn increase the risk of stroke.

The researchers said their study was limited by including only Korean people, meaning the risk did not transfer to other races and ethnicities.

Participants also filled out questionnaires and may have forgotten how much alcohol they drank.

In the UK it is recommended that adults do not regularly drink more than 14 units of alcohol per week.