The ultra-Orthodox Knesset member was interviewed on Channel 12’s Meet the Press program when he was asked to address a remark originally falsely attributed to a political rival.

Gafni was invited to the program to discuss the ongoing controversy over whether Haredi schools teach – or don’t teach – the state’s core curriculum, particularly subjects like English, math and science. Last week, to bridge a rift between the two factions of the UTJ, opposition leader Benjamin Netanyahu agreed in principle that when he returns to power he will fund Haredi schools, regardless of whether they teach the core curriculum. This would be a significant change in policy from the current model, where schools receive funding commensurate with the amount of curriculum they teach.

This deal has drawn fierce criticism from across most of the political spectrum, who claim that without a basic education, Haredi Israelis will be unable to enter the workforce and will thus weigh on the Israeli economy. Haredi political parties, in turn, have emphasized the primacy of religious study.

During the discussion, Channel 12 presenter Amit Segal asked Gafni to comment on remarks allegedly made by National Unity Party candidate Matan Kahana, who until recently served as head of the Ministry of Religious Services (where he did a number of reforms that drew the wrath of Haredi legislators and rabbis).

“Did you see what Matan Kahana said this week? He said a person who doesn’t learn a trade turns the Torah into an instrument of profit (literally, a ‘spade for digging,'” Segal asked, using somewhat anachronistic Hebrew phrasing. “What do you think of that?”

Gafni responded with sarcasm, saying, “I really need to listen to Matan Kahana, a light among nations,” before dismissing him entirely, “Matan Kahana doesn’t interest me.”

Segal pressed further, again misquoting Kahana as saying that anyone who does not learn a vocation “insults the Torah and slanders God.”

As Gafni re-transcribed the commentary, Segal produced a copy of Maimonides’ tract on the Laws of Torah Study, known in Hebrew as the Hilchot Talmud Torah. 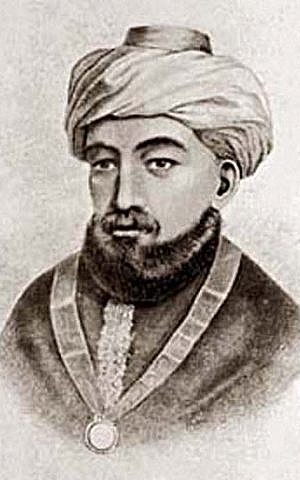 “But Matan Kahana didn’t say that. Rambam said so in Hilchot Talmud Torah, chapter three. And I quote: Whoever comes to the conclusion that he should engage in Torah study without work and make a living from charity is profaning [God’s] Names, dishonours the Torah, extinguishes the light of faith, brings evil upon oneself, and forfeits the life of the world to come, for it is forbidden to take advantage of the words of the Torah in this world,” said Segal.

Also Read :  Where to find Spain vs. Switzerland on US TV

Somewhat nervously, Gafni replied that Maimonides had written elsewhere that people who isolate themselves and focus their lives entirely on the worship of God do not have to work and receive their keep like priests.

Before debate could proceed on medieval Jewish texts—for example, whether all Haredi children should be considered to meet Maimonides’ criteria for being exempted from labor because they were born into a Haredi family—steered Gafni brought the conversation back to current politics, to differences in wages between Haredi and non-Haredi kindergarten teachers, to why he would sit in a government with far-right lawmaker Itamar Ben-Gvir but not with Deputy Prime Minister Naftali Bennett , and other less exegetical matters.

You are an engaged reader

We are very pleased that you have read X Times of Israel article Last month.

That’s why we launched the Times of Israel ten years ago, to provide discerning readers like you with essential coverage of Israel and the Jewish world.

So now we have a request. Unlike other news agencies, we have not set up a paywall. However, as the journalism we do is expensive, we invite readers who have found The Times of Israel important to support our work by joining The Times of Israel Community.

Many Thanks,
David Horovitz, founding editor of the Times of Israel